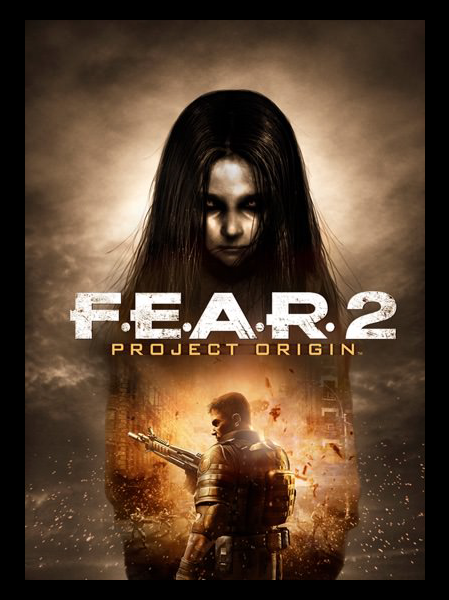 The sequel to F.E.A.R. continues the original game’s spine-tingling supernatural suspense story of an escalating paranormal crisis that threatens to destroy a major American city. At the center of the calamity is the mysterious Alma, whose rage against those who wronged her triggered a chain of events that have spiraled completely out of control. Now that she has free reign, the consequences will be unimaginable. 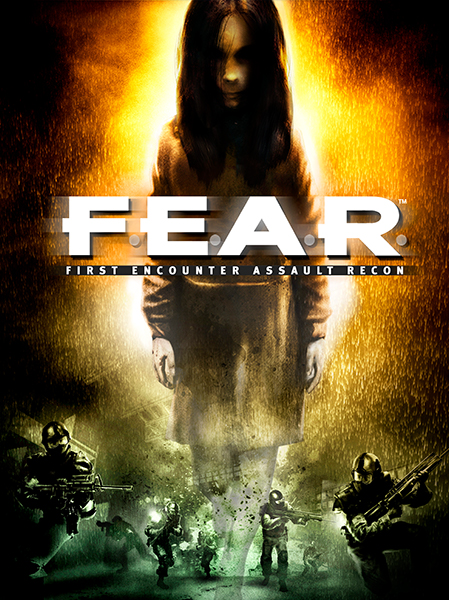 An unknown paramilitary force infiltrates a multi-billion dollar aerospace compound, taking hostages but issuing no demands. The government sends in Special Forces but loses contact as an eerie signal interrupts communications. Moments later, the team is obliterated.
As part of a classified strike team created to deal with threats such as these, your mission is simple: Eliminate the intruders. Determine the origin of the signal. And contain the crisis before it spirals out of control. 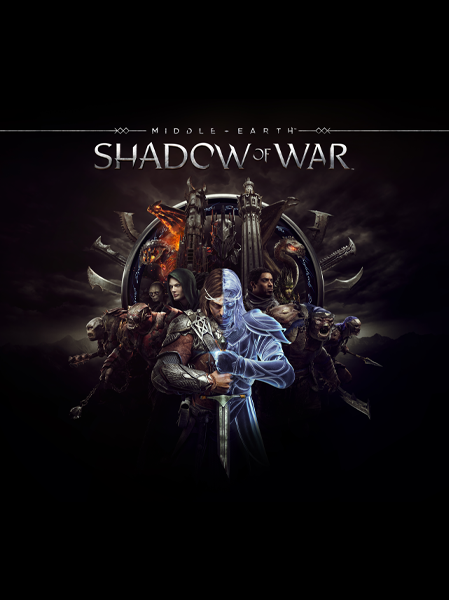 Go behind enemy lines, forge an army, and conquer fortresses across Mordor to dominate it from within. In this sequel to 2014’s Game of the Year, Middle-earth: Shadow of Mordor, you will create your own unique, personal story with every enemy and follower, and confront the full power of the Dark Lord Sauron and his Ringwraiths in this epic new story of Middle-earth. 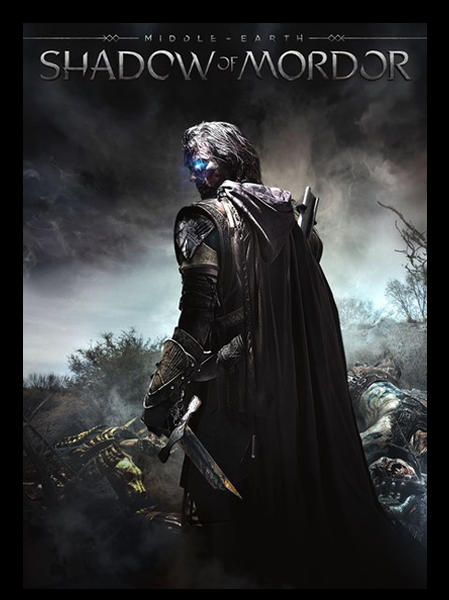 You are Talion, a Ranger of the Black Gate. In the blink of an eye, everything is taken from you – your friends, your family, even your life. Resurrected by a vengeful spirit, you embark on a relentless vendetta against those who have wronged you. Fight through Mordor to uncover the truth of the spirit that compels you, discover the origins of the Rings of Power, and ultimately confront the evil of Sauron in this new chronicle in Middle-earth. 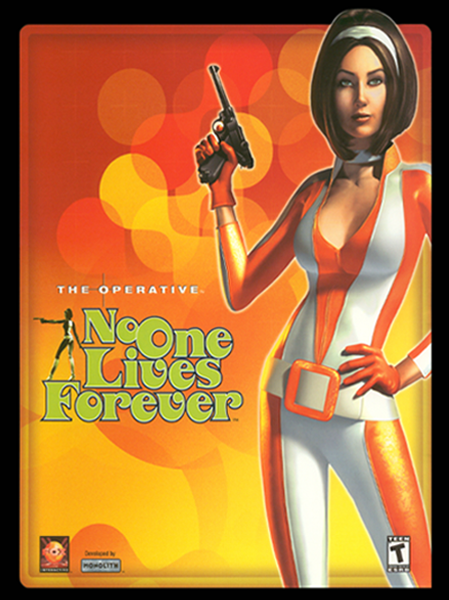 No One Lives Forever

Assume the role of Cate Archer, a beautiful but deadly operative working for UNITY, a super secret organization fighting to free the world from the clutches of H.A.R.M.. From tense subterfuge to in-your-face combat, No One Lives Forever ups the ante with 1960’s spy action, killer weapons, clever gadgets, vivid international locales, and deadly arch villains. 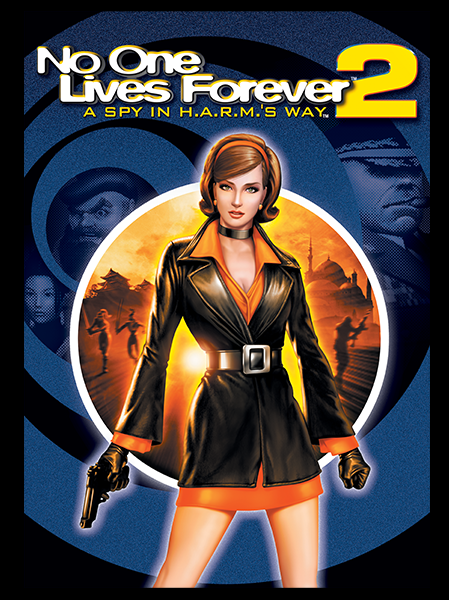 Return to a world of espionage, intrigue, and humor in this sequel to the award-winning The Operative: No One Lives Forever™ inspired by the ’60s spy craze. With an arsenal of deadly weapons, clever gadgets, and devious traps, British UNITY operative Cate Archer must investigate a super-secret Soviet project that could bring about a third world war. Her top-secret mission will take you to exotic locales such as Japan, India, and Akron, Ohio, to thwart H.A.R.M.’s plans for global domination. 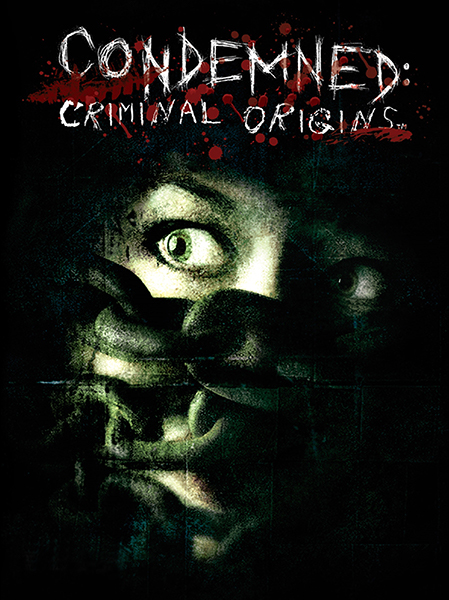 An unnatural wave of serial murders terrorizes the city. As a member of the Serial Crimes Unit, you must rely on sharp instincts and sophisticated forensic tools to investigate crime scenes, collect evidence, and find the clues that will lead you to the truth. But danger lurks in every shadow and you’ll need whatever weapons you can find — fire axes, pipes, shovels, even two-by-fours, whatever it takes to stay alive. 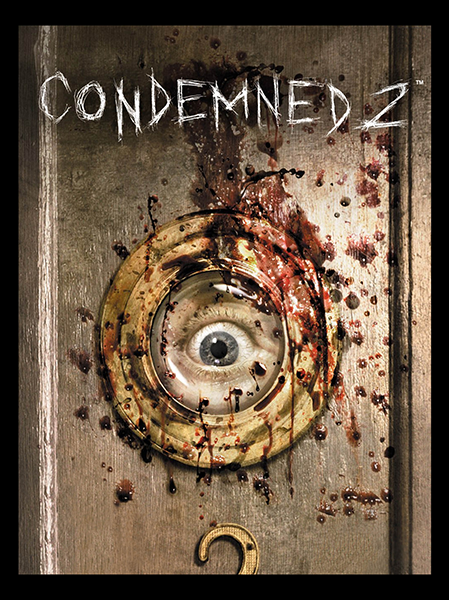 Condemned 2 follows Ethan Thomas and his inner demons through a string of gruesome murders where players must use their deductive skills and brute force to track down sadistic serial killers. Featuring all-new fighting mechanics and high-tech forensics tools, players have even more resources to confront and unravel the mysteries surrounding every disturbing event. 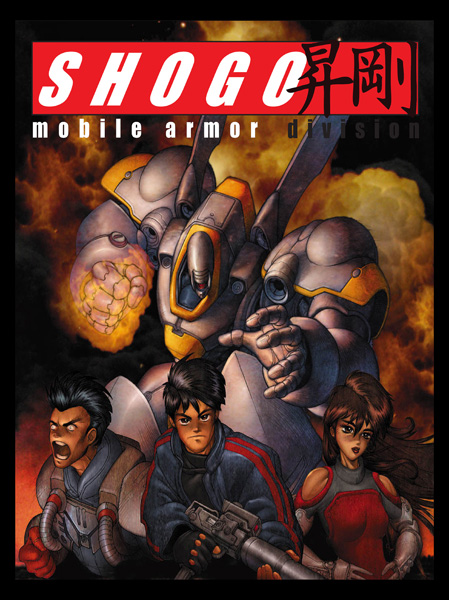 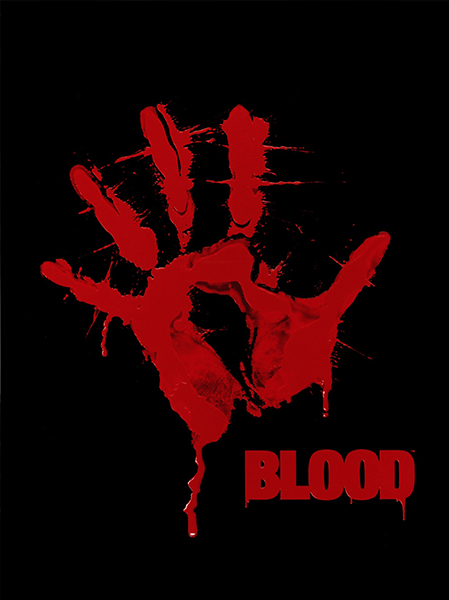 The goriest, bloodiest, most horrific 3D first-person action game ever made. Visit a dark near-future world populated by hundreds of bloodthirsty enemies. You’ll engage in a nightmarish battle against the minions of an ancient, forgotten god bent on wiping humanity from the face of the earth. With cultists, gargoyles, zombies, hellhounds, and an unholy host of other terrors, Blood immerses you in a world of horror unlike any you’ve experienced before. 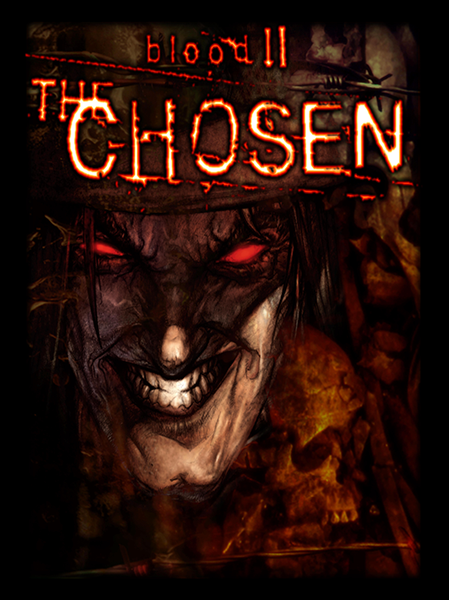 Blood started it all with its blend of not-so-nice monsters, powerful and plentiful weapons, undeniably awesome multiplayer action, and enough macabre humor to get a mummy cackling. Blood II: The Chosen improves upon the realm of Blood in more terrifying ways than you can imagine, combining an all-new 3D game engine, horrifyingly nightmarish creatures from another dimension, and more blood than Blood. 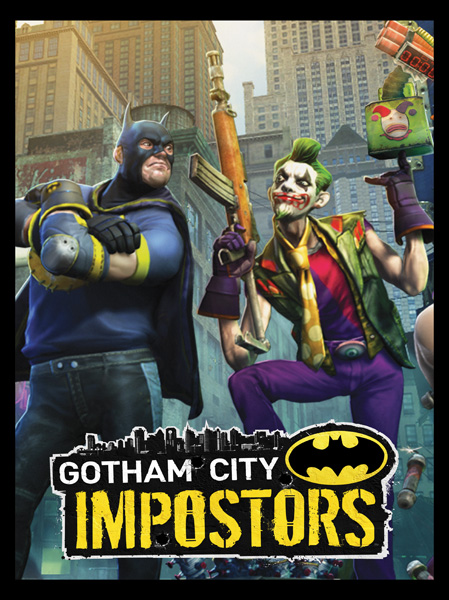 Calling all Bats, Jokerz, ninjas, pirates, and parrots! Gotham City Impostors is a download-only multiplayer FPS based on a concept from the DC Universe set in an unhinged Gotham City in which players create their own Impostor and take to the streets to battle it out with some of the craziest weapon mods you’ll ever see. 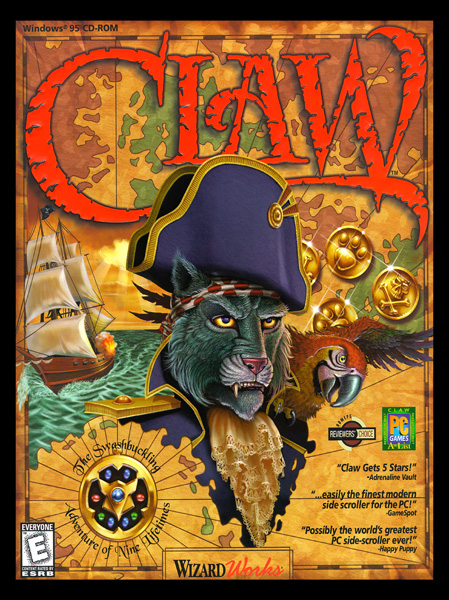 Join forces with Captain Claw, the greatest cat pirate to ever challenge the Cocker Spaniard Armada! Embark on an epic quest to recover the lost gems of the Amulet of Nine Lives. Uncover hidden treasure, navigate tricky terrain, and engage in armed combat to defeat the enemies of the courageous and legendary Captain Nathaniel J. Claw. 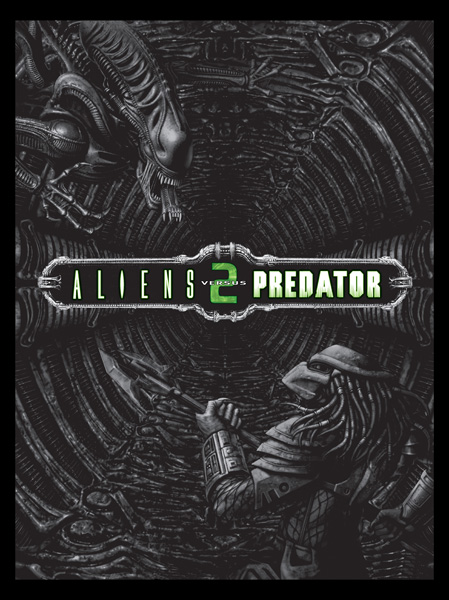 Aliens vs. Predator™ 2 combines creatures, weapons, and settings from the hit movies Aliens and Predator. The story-driven plot weaves together the fates of all three races, while the action is as heart-stopping as the blockbuster films on which it is based. Choose to play as an Alien, Predator, or Marine and use your physical prowess, killer instincts, or superior firepower to stay alive. 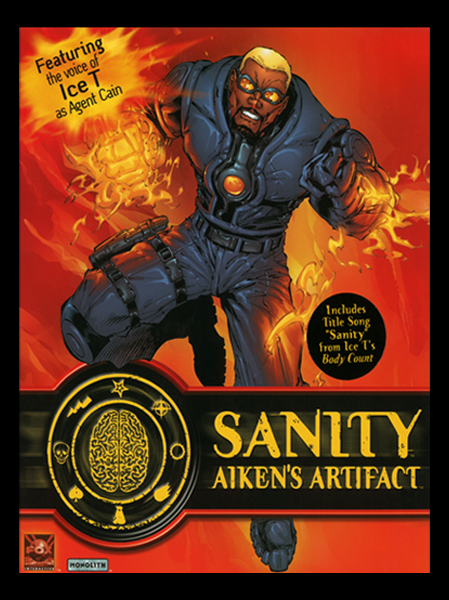 In the near future, Psionics are among us. Their evil thoughts pulsate across time and space corrupting even the strongest minds. You are Agent Cain, a powerful Psionic working for an elite government agency. As Cain, you strive for mastery of innate psychic “Talents” such as the ability to shoot fireballs or the power to summon hideous creatures. Using these Talents depletes Health and Sanity, so players must walk a fine line or risk losing their minds! 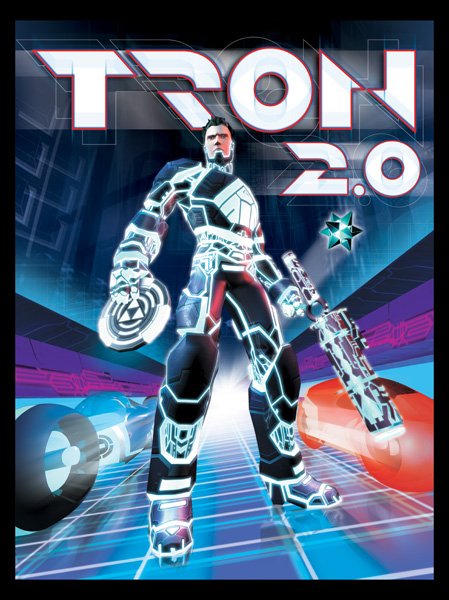 Tron® 2.0 is the present-day sequel to the 1982 cult film classic that was a landmark of computerized graphical ingenuity. An unknown viral agent threatens the future of computer systems worldwide. Countermeasure programs have scanned the system and identified you as the virus. Your mission is to prevent the sinister conspiracy that threatens to corrupt one reality and forever transform another. 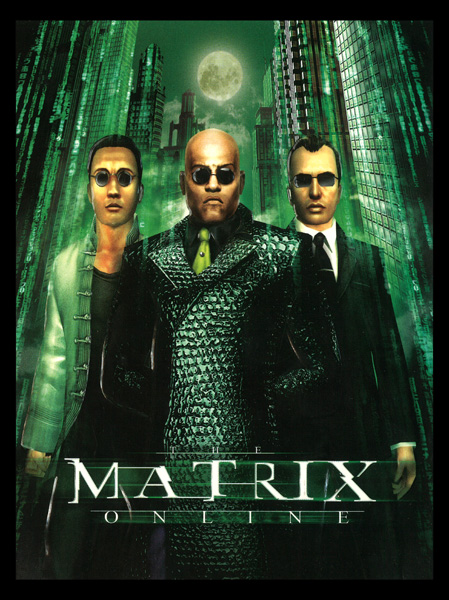 Participate in the continuing story of the Matrix and build its history as you play through events directed by the Wachowskis. In Mega City, every room and building is in play! Master the innovative combat system and defeat your enemies using devastating martial arts and gunplay. Enjoy gameplay filled with rich animations and hyper-kinetic battle sequences. Retain character flexibility with no regrets by reconfiguring your character’s abilities and performances on demand. 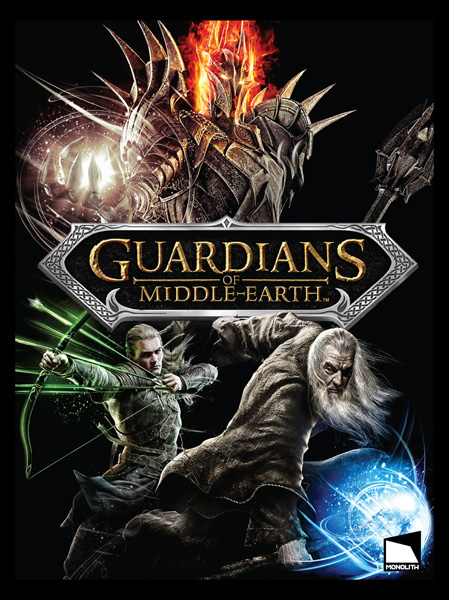 An authentic multiplayer online battle arena (MOBA) designed specifically for consoles, Guardians of Middle-earth lets you team up as the most powerful heroes from the greatest fantasy epic of all time. Battle with 10 players in strategic five versus five competitive multiplayer battle arenas. Develop and master more than 20 iconic guardians, including Gandalf, Sauron, Gollum and many more, to forge memorable and unlikely alliances.